A Photographic Modality What modality do you use to view the world around you?

We live in a world that is increasingly being clothed in concrete (or other man-made “garments”… like asphalt, steel, terracotta tiles, cut timber and corrugated iron).

In his book ‘Architecture of Density‘  photographer Michael Wolf displays a masterful visual record of some of the cityscapes we are creating and is perhaps a timely nudge to those who think that urban development is “boundless”. 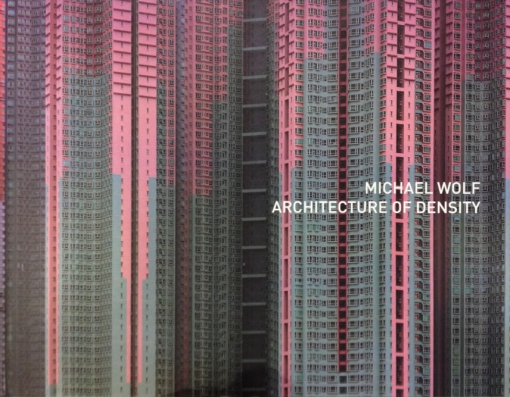 His photographic style of follows that of Bernd and Hilla Becher (who are renowned for creating a typology of industrial buildings and structures in a grid-like fashion). Wolf’s visual documentary approach of Hong Kong is formal, and unsettling. He frames his images face-on so that the sky and ground are removed, and you are  confronted with a flat, uncompromising, concrete-dominated, brutalist, and seemingly unpopulated view of only a microcosm of a much larger “mega city”. 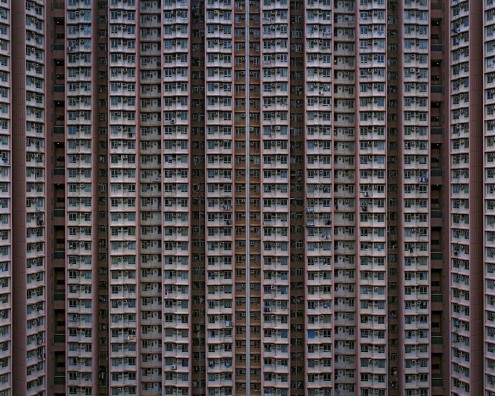 His images evoke dystopian scenes from ‘Metropolis‘, Fritz Lang’s 1927 German expressionist epic science-fiction film. After viewing Wolf’s graphically stark images, one is left feeling  somewhat claustrophobically trapped by the weight of the structures pictured. A rising clamour of wanting to be “let out” is furthered by the endless repetition of patterns washing over each page of the book without a view of a clear field or open space in sight – almost like being caught in a hall of mirrors by endlessly repeating images with no obvious avenue of  escape discernable. 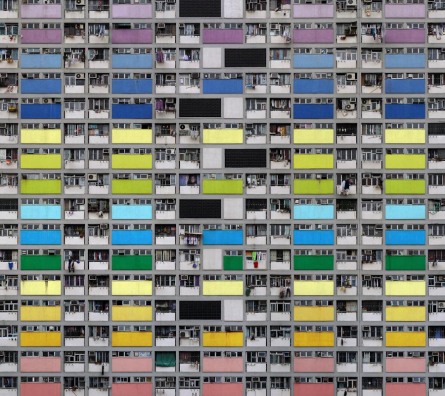 The patterning or splashes of colour sometimes break up the monotony of dull painted concrete, but even in themselves appear to be a contrivance exhorting occupants to lead bright happy lives in the “communal hives” they inhabit. The absence of human figures in this work may leave the viewer feeling a little emotionally detached from these relatively cold and implacable subjects, but the odd signs of occupation are present, as evidenced in the form of man-made scaffolding, washing hung out of windows to dry, or  open and half-closed windows inviting us to look in from afar. 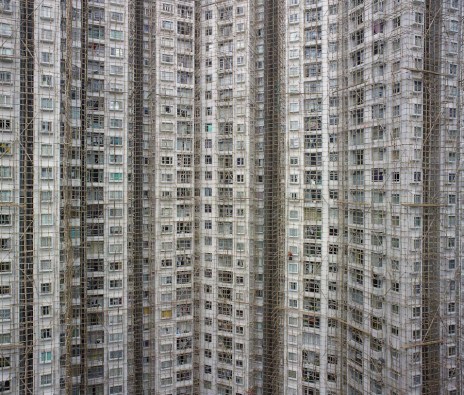 The relentless repeating patterns of windows, balconies and towers is similar in effect to that used by Andreas Gursky in his supermarket shop shelf image ’99 Cent’ where product packaging is the recurring pattern unit used to create seemingly endless rows of shelving. 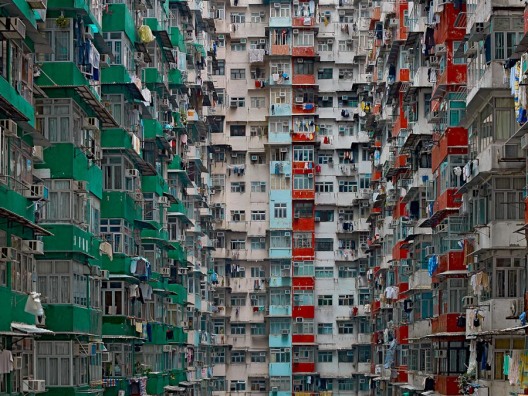 Wolf’s images are not dissimilar to works by other photographic artists who have portrayed the built environment clashing with and supplanting the natural environment. Many popular works were generated through the 1960-1970’s “Topographics Movement” which included the likes of: Robert Adams, Lewis Baltz, Bernd and Hilla Becher, Frank Gohlke, Stephen Shore, Nicholas Nixon  and Henry Wessel. Most of them featured in the seminal 1975 exhibition “New Topographics: Photographs of a Man-Altered Landscape” which showed images of the changing landscape and abuse of the earth in a stylistic way that highlighted anonymity in a characterless or deadpan way of documenting the landscape. Their work  influenced many photographers in how they photographed landscapes and although today’s photographers shoot in a visually more contemporary style (e.g. Edward Burtynski & Robert Polidori), there is still an underlying or unspoken premise of a need of human connection with the natural environment amongst the ever-increasing urban sprawl of outer cities areas or within in the confines of continuous urban re-development or renewal within city centres.

Perhaps this why the world is seeing the upsurgence of roof top and vertical gardens in cities, in the imaginative revitalisation of old cityscapes including Vo Trong Nghia’s House for trees project in Bangkok, or community driven greening of abandoned industrial-scapes in Detroit?

Perhaps a re-imagining of how more finite or less expansive populations might live on this planet, having a much improved sustainable ecological footprint, may well be the seeds of transformation that both humanity and the environment really need?

Celebrating midcentury architecture and design in Queensland and around the world

Art Deco in the Australian bush